Exercise is the best medicine for the elderly A priority is its incorporation into frailty care programs and into geriatric practice, according to an international consensus statement led by Miguel Izquierdo, group leader CIBER OF WEAKNESS AND HEALTHY AGEING (CIBERFES) at the Public University of Navarra (UPNA), where the main scientific institutions of physical exercise and healthy aging From around the world, including the National Institute on Aging in the United States. 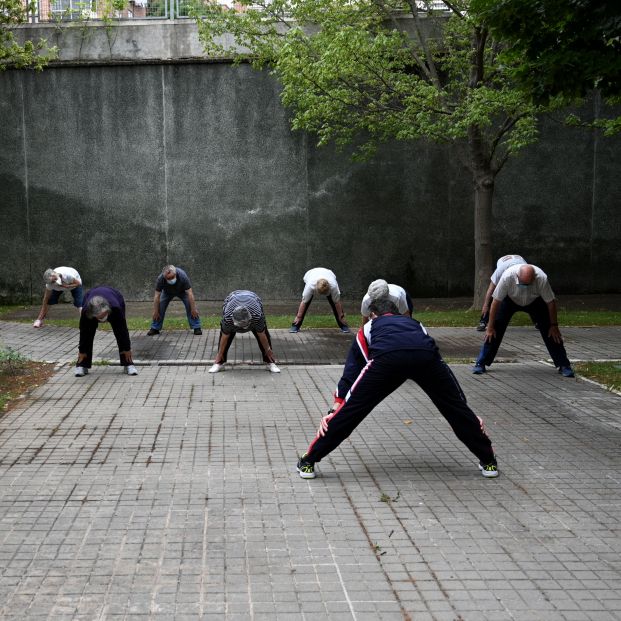 This document provides an evidence-based justification for Using exercise and physical activity to promote health and prevent and treat disease in older adults. Therefore, exercise prescription is discussed in terms of the specific modalities and ‘doses’ studied in randomized controlled trials to evaluate its efficacy in mitigating physiological changes of aging, preventing disease, and improving disease.

“We propose recommendations to fill the gaps in the current scientific literature and improve the use of exercise and physical activity As a preventive medicine and as a curative agent,” explains CIBERFES researcher Mikel Izquierdo.

Inadequate physical activity, exercise, and Excessive sedentary behaviors son Strong risk factors for mortality For all causes and cardiovascular diseases, obesity, hypertrophy, frailty, and lack of autonomy, among others, are chronic diseases associated with aging.

Izquierdo, the first signer of this ad, considered that, on the contrary, “In the presence of adequate and healthy physical exercise or physical activity, these changes in muscular and aerobic capabilities with age It is greatly mitigated“.

Exercise and PA They improve physical function and quality of life, and reduce the burden of chronic disease, early general mortality, and mortality from cardiovascular disease, cancer, and chronic respiratory disease. a) yes, The beneficial effects of exercise are universal They act at the level of multiple physiological systems and functional capacity.

These scholars consider that a Appropriate prescription In all health care recommendations in an effort to improve functional independence, psychological well-being and quality of life for all older adults, whether fit or frail, at any age.

This work emphasizes that given the evidence accumulating on the benefits of exercise in frail older adults over decades, it is not justifiable not to prescribe it, so one of the major challenges for the future is Incorporating exercise programs as a mandatory part For the activity of caring for frail and frail elderly patients In all hospitals, outpatient clinics and care centers.

Despite its many benefits, Exercise is not fully integrated into geriatric practice. It is still absent from the basic training of most geriatricians and other health professionals. Furthermore, few studies have explored the potential role of PA patterns conditioned to maximize exercise-related effects on function, ability to perform activities of daily living, or on other domains of subjective ability, such as cognitive deficits. Psychological, sensory (vision or hearing), movement or vitality in the elderly, which are likely to be associated with Lack of research in the region.

CIBERFES Group President Mikel Izquierdo considers that “it is extremely important to address not only the behavioral causes of poor health and inequality, but also Strengthening social and environmental support for exercise In order to improve the physical activity levels of the elderly, while implementing strategies and modifying public and private spaces to reduce sedentary behaviour.”

The world’s leading experts in exercise prescriptions participate in this international consensus, who have published the most important clinical trials on Very strong effects on physical exercise In the health and quality of life of people at any age, especially in the elderly.

Among other things, for example, Researchers in physical exercise From the US National Institute on Aging, from the Schools of Medicine, Nutrition and Physiology at St. Louis Universities, Tufts, or from the University of Florida in the United States, from the School of Physical Activity Sciences at the Universities of Quebec and Dalhousie in Canada, and the School of Medicine and Life Sciences at Britain’s King*s College The Colleges of Health Sciences at the Universities of Sydney and Melbourne in Australia, the Mexican Institute on Aging, and the Colleges of Physical Activity in Rio Grande do Sul in Brazil, as well as Researchers from the National Aging Centers in Korea, China and Taiwan, Toulouse University Hospital in France, Milan and Sacro Cure Universities in Italy, Charité University in Germany, and Charité University in Germany. Spanish researchers from CIBER on healthy and frail aging (CIBERFES) and Center for Biomedical Research (Navarrabiomed) – Public University of Navarra.

105 years of experience | An Elk Grove woman’s advice: ‘Live day by day,’ be a friend and be helpful
Elk Grove Park Assisted Living and Memory Care…

Every year, thieves target individuals to get access to their personal information and money, and they tend to zero in on older…

Apply Now
Back to the top